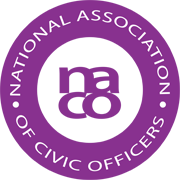 Marking the Death of a Senior National Figure

Last week’s announcement about the future role of The Duke and Duchess of Sussex has led to questions from NACO members and that, in turn, has raised a further point.

Dealing first with the question about whether or not The Duke and Duchess of Sussex should remain on the list.  It is worth remembering that the list is not based on the formal Order of Precedence.  This is about public expectations.  At the time of her death, Diana, Princess of Wales was divorced, was not undertaking public duties, was no longer an HRH, but that did not prevent an outpouring of public grief.  We may not see the likes of that again, but we need to be prepared for public reactions that are not foreseen.  That is why you may decide that the Sussexes should remain on your list for the time being.

That raises an important, broader point about activating plans.  On hearing about the death of anyone on the list we first need to determine what level of response is appropriate.  The key point to keep in mind is that it is not necessary to rush into implementing plans.

Plans exist so that we are able to make a timely, appropriate and dignified response when the need arises, in a broadly consistent way nationwide.  It is not a case of which Council can do everything first.

Lowering flags to half-mast is a simple and immediate gesture of respect, as is adding a message of sympathy to your website.  You may wish to pause before deciding whether or not to open Books of Condolence so as to establish what plans the Government and Buckingham Palace have in that respect.

As must always be the case when marking a death, the wishes of the family need to be foremost and that can only be known when we can take a lead from the Government and the Palace and when we have a feel for public reaction and public expectations.

NACO will do all that it can to relay information to its members, but do move at a dignified pace, thinking about each step when the time is right.

Commonwealth Day 2021 falls on Monday 8 March.  Like so many events during these past 12 months, it will be marked rather differently because of COVID-19, but it is still a day that will be marked by the 54 Commonwealth countries that are home to 2.4 billion people.

In a year when, as individuals, we have had to remain at a distance, the theme for this Commonwealth Day is Delivering a Common Future: Connecting, Innovating, Transforming.  It is a theme that highlights how the 54 member countries in the Commonwealth family are ‘innovating, connecting and transforming’ to help achieve some of its biggest goals, like protecting natural resources and boosting trade.

There can be few, if any, parts of the UK that are not home to people with Commonwealth connections.  This year’s Commonwealth theme is one that we can strive for in our own communities as we seek to innovate, connect and transform, working to create a future after COVID-19 has been suppressed.

If you are able to fly the Commonwealth Flag on Monday 8 March and to issue a message from your Mayor or Council Chair, you might want to pick up these themes in that message and to reflect on the deep-rooted networks of friendship and goodwill that connect the Commonwealth.